The anniversary snuck up on me unexpectedly – after all, I am still in denial that it’s already August. (I am also apparently in denial of my age, as my mouth refuses to form the correct number, opting instead to articulate “32” or “34”. But I digress).

Life After Normal is celebrating one year [of over-sharing] this month! And holy Moses, what a year. 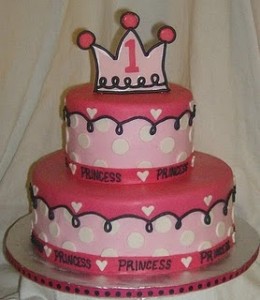 Why yes, I do believe this princess cake will work, thank you very much.

Eighty-two posts, dozens of drafts, hundreds of bottles of wine, four tattoos, one new business venture, and immeasurable amounts of feedback from friends, acquaintances, friends of friends and complete strangers later, I am truly a different person. While, one year ago I was desperate for a change, such a complete transformation was not even a part of my wildest dreams (good dreams, bad dreams or even nightmares).

When I began this blogging adventure starting with my first post, Cleansing, I was in pain. There is no other way to put it — emotionally, physically and mentally, I had hit rock bottom. As much as I tried to fake it and practice for the as-of-yet-unidentified role that will someday earn me an Academy Award®, those who knew me well had witnessed my decline over many months (even before my brother’s death). I knew that I had issues, but I didn’t realize just how low I was, how much of a shell of my former self I had become. There wasn’t a direction I was trying to point myself in, there wasn’t a destination I was pursuing. I just knew that I Needed. To. Do. Something.

(And what better thing is there to do than to air my emotional dirty laundry so publicly with my friends, family, professional colleagues and complete strangers? Otherwise known as , “the world”?)

Many people have commented that my evolution is apparent in the tone of what I choose to write about. I am no longer fragile, anxiety-ridden, weak, uncertain, terrified … for the most part, anyway. While I have fully embraced this new sense of adventure and happiness, it did not come without a price (see Coming to Terms for details). If I learned anything, it is that I am on a journey that will last for the rest of my life. One day at a time, one foot in front of the other (also known as tattoo #2 and tattoo #3).

My original tagline is as true today as it was on Aug. 1, 2010: “Blogging is Cheaper and Easier than Therapy”. Ain’t that the truth. I just wanted to say, thank you ALL for your support, love, encouragement — and even the comments from the handful of haters — over the past year. You have helped me immensely; hopefully, I also provided a bit of help (or even hope) to people going through challenges of their own.

7 Replies to “What a Difference a Year Makes”